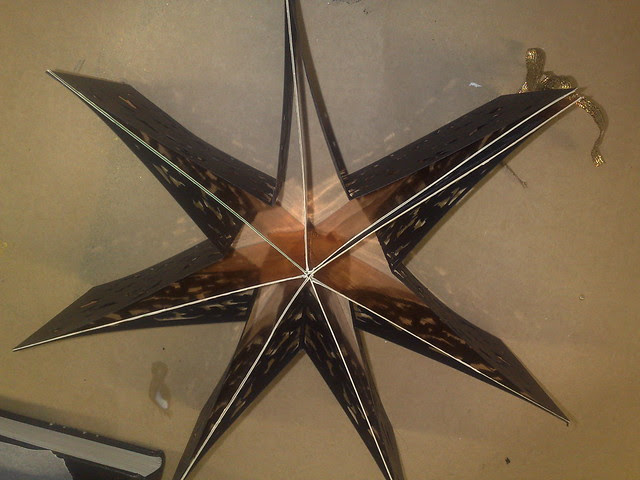 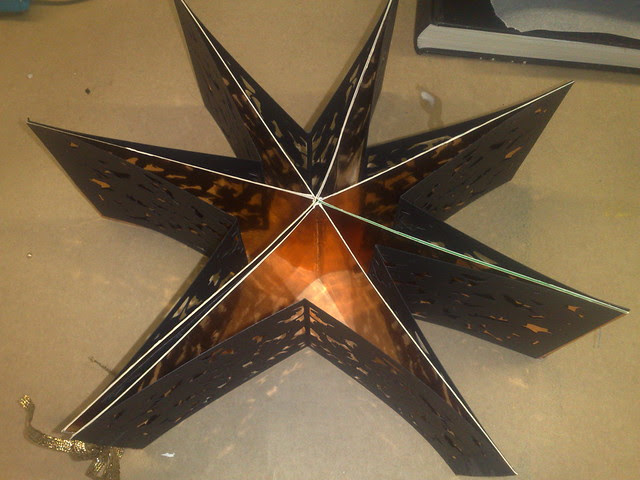 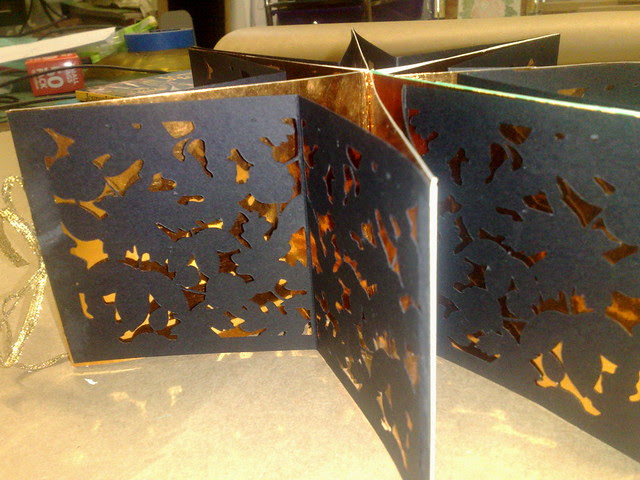 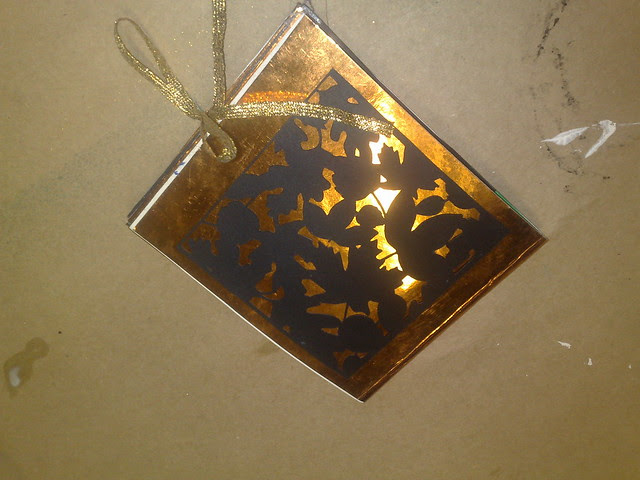 I have been very busy lately, getting ready for the first day of our community gallery, which went extremely well, and also with a few family duties, but now on to the next step in my November TAMMS you can post about what you have done with it here.
We have done several things so far;
A foundation
Surface design
Fabric manipulation
Embellishments
Design
So this is where we were up to last time. 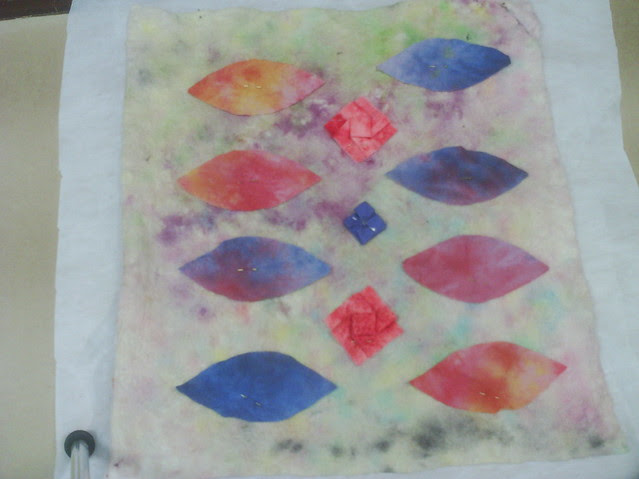 We had arranged the pieces in a design to our liking.  I have placed a piece of non-woven interfacing underneath, to keep it stable for the stitching.
In this post, I stitched everything down with free motion and added a bit of decorative free motion stitching. 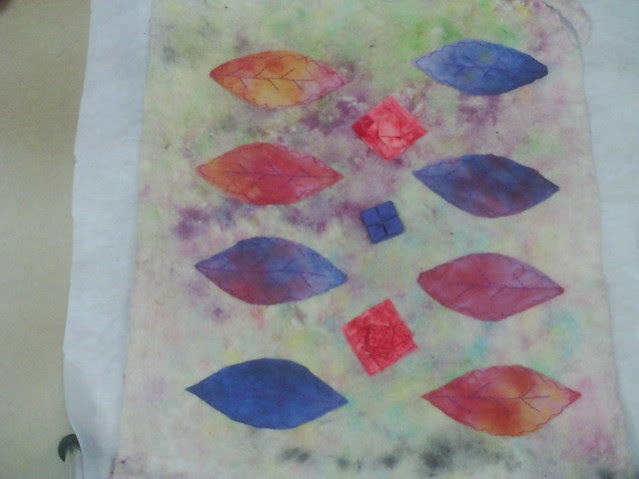 First I stitched all the elements down.  I used straight lines for the folded squares and scalloped lines and veining for the leaves.

Here are a couple of close ups of the stitching.  It used a magenta rayon thread, a solid colour, however it looks quite different on the different coloured fabrics.  I just secured the hydrangea square with a couple of stitches in the centre. 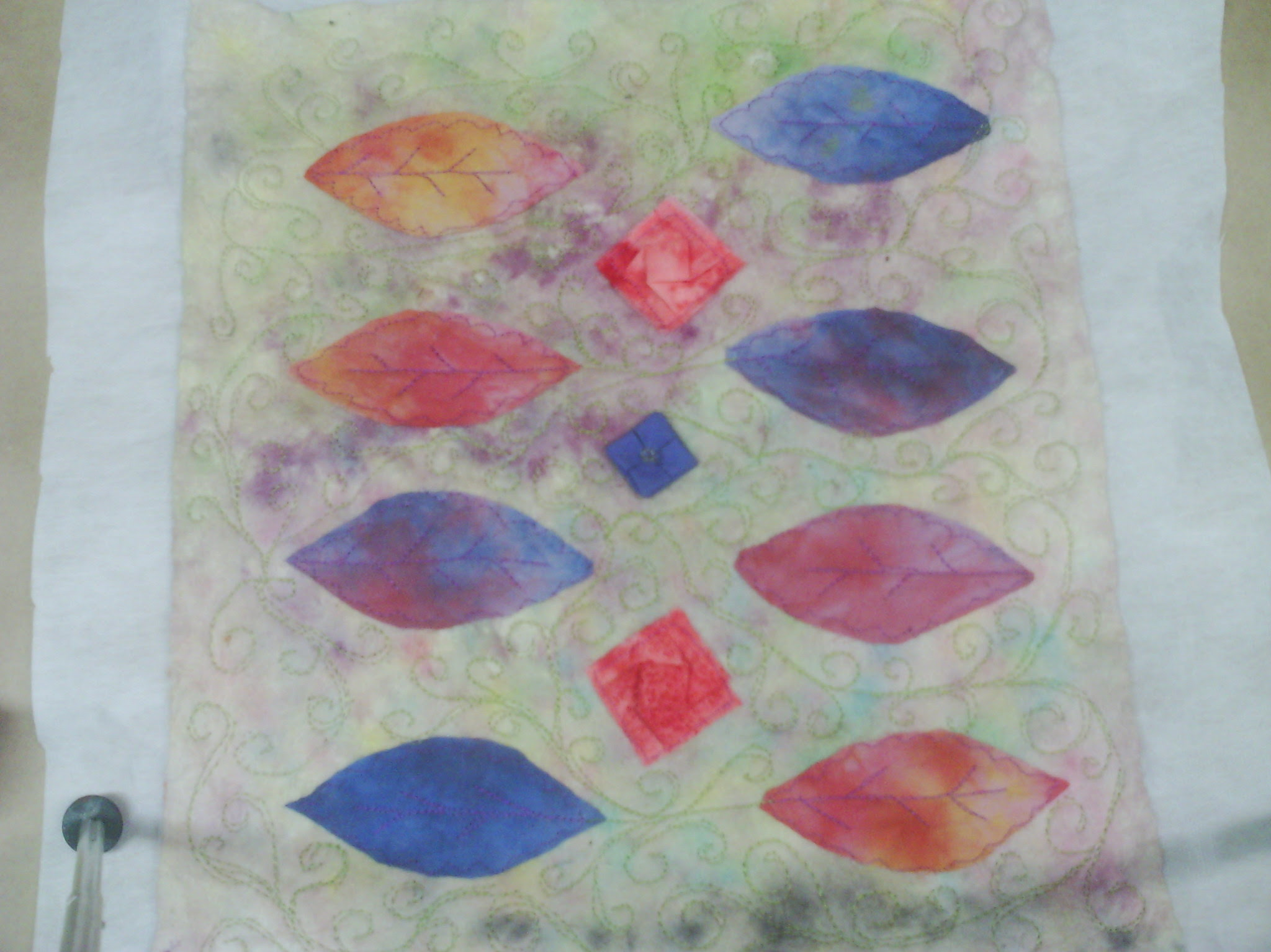 Next I did some swirly stitiching on the painted batting background. 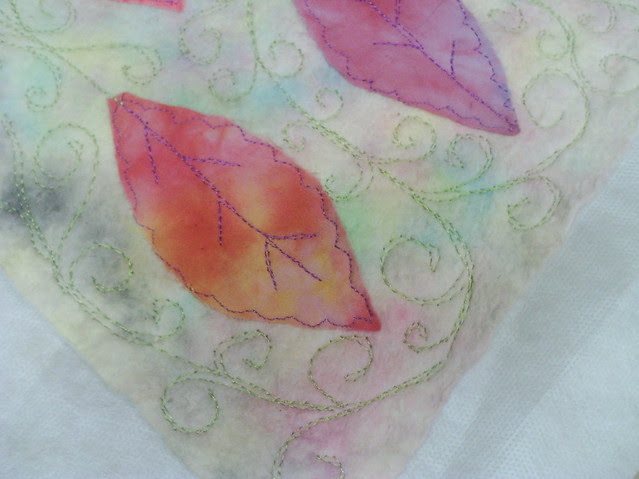 And a close up of the swirls, which were in a green rayon thread.
And that's all there is!  I find this step in my work to be the quickest.  I am really liking where this piece is going, it looks a bit like a tapestry with all the stitching and I am looking forward to doing some hand stitching next.  What do you think would be the right stitching to set off the design?

And Mounting?  I am at this stage thinking of turning it into a large book cover, but we will see.

Until next time, Happy Creating!

For this fortnight's video (I hope to get it done weekly, be we will see), I am showing a step through of my last challenge piece for Tangled textiles, the topic being 'beginnings' (which I chose).

This did not actually start as a TT piece, it was actually my first video collage, but it became something else as I went along.  Serendipity.
Here is the video for those of you who are impatient, lol.

I started with the colours blue and orange in mind.

Some blue yarns, silk and wool rovings in blue on my foundation, which was a piece of furnishing fabric.

some orange yarns and rovings.

Some orange fabrics, same types as the blue.

Then I arranged them to my liking.  I sewed them all down with a bit of free motion.
I left this to percolate for a few days and decided it was saying 'beach' to me, so I went through my sketchbooks to find something.

I found a sketch of the beach on the peninsula, where I grew up.

I traced it onto tracing paper, then freemotioned the main lines onto organza.

I layered the organza with another piece of organza over it onto the collage and started thread painting.

I started with a bit of gold on the beach.

Then some dark brown on the rocks on the point.

Then some light orange over the tops of the ridge.

Next I added some blue stitching in the water.

Then I filled in the ridge and the beach with lighter and darker colours.

I decided a few more light highlights were needed especially on the bushes.
I decided that that was enough thread painting and began adding hand work.

Some seed stitch and running stitch.  I decided I like the loose ends, so I knotted them on the top.

A few grassy bits in the foreground.  With beads, seed stitch, running stitch and french knots.

A few seed beads on the water to create wave crests,

And voila!  My piece was finished after the addition of some blue ribbon for the binding.

Hope you enjoyed this.  Now on to some 'blue' for our next challenge.

I find that I can think and think, and draw sometimes, but that the design doesn't come together until I start fiddling.  That was the case here.

"inspiration exists, but it has to find you working"  Picasso

This is one of my favourite quotations and is very true here.

Whilst tidying up my workspace, I came across a picture I had seen of different coloured leaves, and that got me started.

So I started with my painted batting.

I cut out some leaf shapes from my hand dyed fabric.

I played with arranging the leaves.  I started with one row of five, but couldn't think of a way to add the folded fabrics, then I hit on two rows.  I have placed the leaves in gradations going in opposite directions.  It was the negative space - that is the diamonds this arrangement forms that made the design.

I added some of the paper beads.

and the folded elements, and I was pretty happy with the design after a few tweaks.
This design uses negative space, repetition, symmetry and colour to achieve its form.

Now on to the stitching - hand first?  or machine, we will see.

Hope you like my ideas for this month's design for my TAMMS project.  I'd love to see what sort of things you all come up with here.

A bit of folding

So where are we at with my Textile and mixed media sampler project (TAMMS)?  So far we have made a foundation,

and some dyed fabric (Surface design),

I have been thinking all week about Fabric manipulation and had a few ideas on what I might do (of course with no Idea in mind yet about what I might make, lol) and finally I decided on fabric folding.  I have recently been doing some fabric folding with my huge stash of charm squares.  Spurred on by a recent design matters episode called twisted squares, (which is available to watch if you are a member).  I also have in my UFO stack a pile of folded satin blocks which I made a few years ago and haven't got back to - as you do.
Some good references for fabric folding, which show ways to use similar folded blocks are

I have always had a fascination for origami and when I saw folded fabric, well, I just had to do it.  I have actually done quite a bit, but it appears I have not blogged about it.
So to today's Fabric manipulation method.

here are the two folds I like to use most.  The one on the bottom left is a simple folded flower like a little hydrangea, the one on the right is a twisted square or chopkey square.  Once you get the idea, the twisted square can be made in any shape, just beginning with a different shape piece of fabric.  I founhd, when I was starting out, that it was helpful to make a few in paper first as it holds the folds better than fabric and helps you to get the folding right first.  The blob at the top is a pincushion I made with the hydrangeas, using five on top, five oun bottom and five around the middle.

Start with a square charm, I am usung tiny 2.5 in squares.  Fold in half and crease one way then fold the other way and crease.  Open out.  Now you have the centre marked easily.

Take one of the folds and fold it halfway to the parallel edge.  I have included a diagram which might make it easier.

Turn 90 degrees and do the same with the next fold.  fold all the folds in the same direction - ie clockwise or anti clockwise.

Continue until you have  folded all four of the initial creases.

Squash and twist the centre and it will form a square!

Press and remove the pins and you have a twisted square.

Above are four I have pieced together.  The folded edges create a nice seam allowance for piecing so that only the little dimensional square is visible.

The back is also quite interesting as it creates a four patch which is interlocked.

Create the crossing creases as with the twisted square but the next steps are different.

Fold each corner to the centre and crease.  I usually tack the tips in the centre with a few tiny stitches.

I also add a tiny bit of clear nail polish to the new outside corners to stop them fraying.

Next I do the same with to other two sides.  The first one creates a boat-like shape, then with the second, you can see the petals starting to form.

I pull the corners of the petals to the centre one by one, catching them and flattening them.  I have included my index finger so you can see how small these are.  I suggest you start with a much larger square, lol.  The stitches and nail polish in the centre can be easily covered with a sequin or a few tiny beads.
As I said, these remind me of hydrangea flowers.  This is an ATC I made with them a while ago

Hope you enjoyed this post and have lots of ideas to use the little fabric manipulations.  Don't hesitate to post your ideas and creations here.

I will be away on family business until the end of the week,  so won't be able to post, but don't forget