well not really, but a little tongue in cheek picture for T for Tuesday. 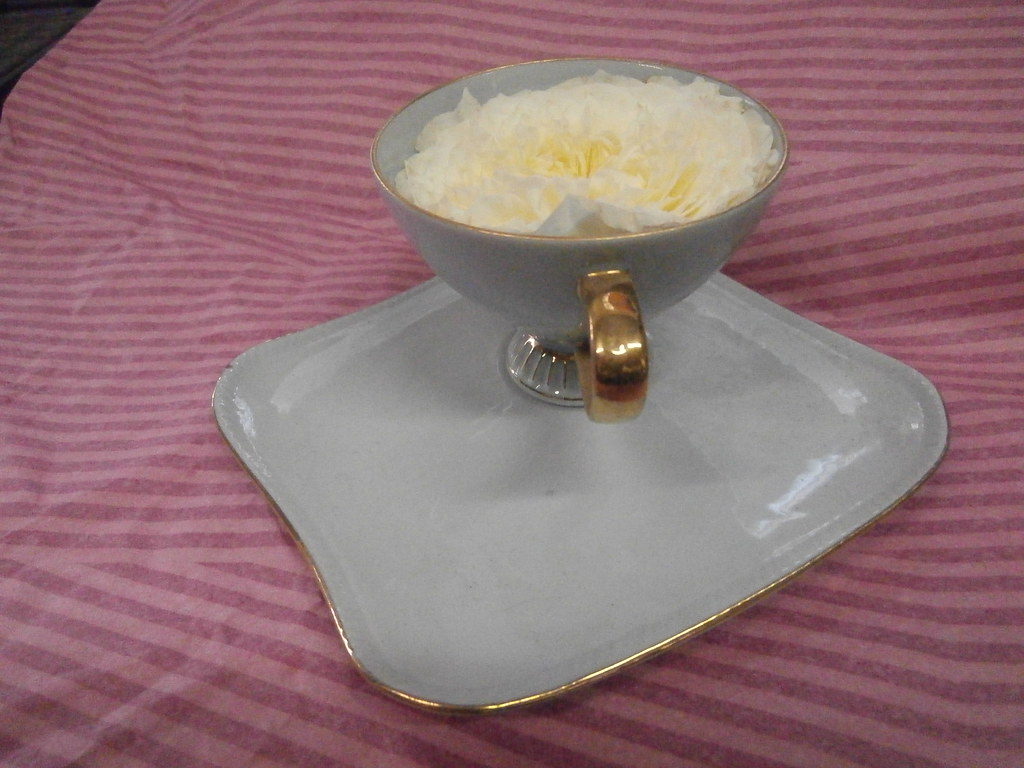 This is one of my old tea cups and saucers, with a rose in it.  Why?  Well, Mother's day which was this Sunday past is one where I generally get a bit depressed, but my hubby decided that some flowers were in order even though I am not a mother, but he said that they were from Tammy, Reubin and Ruby (The cat, dog and puppy respectively), who are my babies, which I thought was sweet. 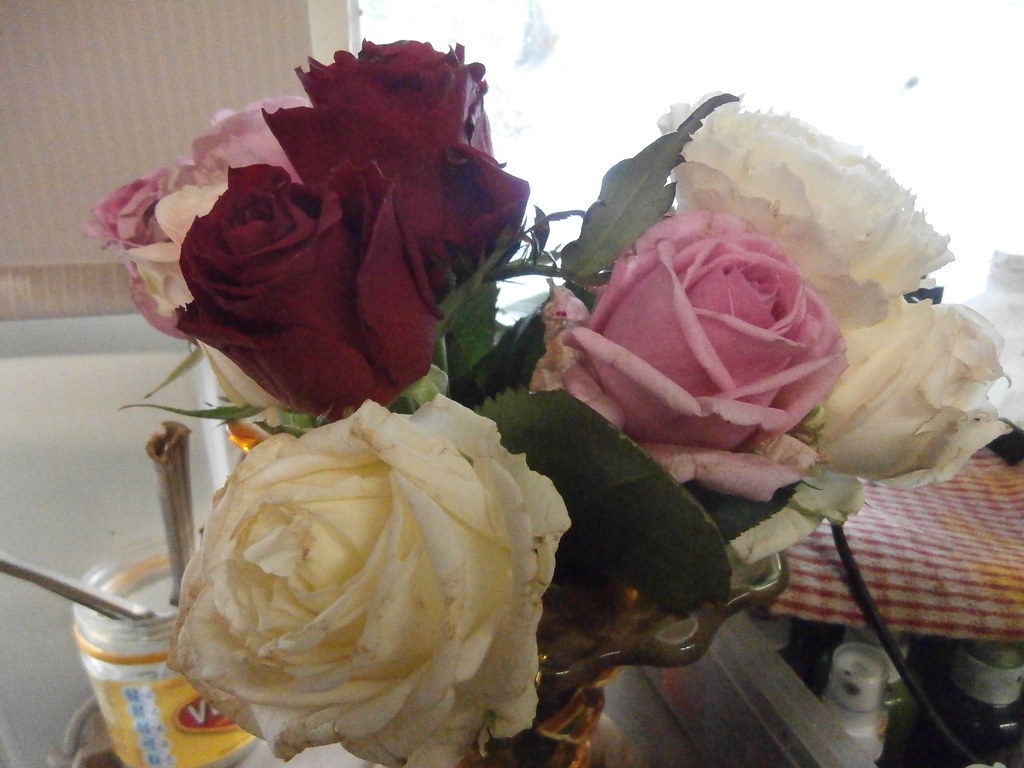 Here are the roses, and they are fragrant ones, but as I was putting them in a vase, one of the buds fell off and so as not to waste it, I put it in the teacup with some water and as it opened, it filled all the cup.  I think it looks beautiful, so I thought I would share it with you for T Tuesday over at Elizabeth's blog.