The february 2015 29 faces challenge is almost finished and for once, I am actually going to complete the challenge!
Here is the first of my next seven faces.  This one is based on a venus painting by Titian, which you can see here.  The reason I am showing it first is that It became a focus of study this week, and all the faces were based on it. 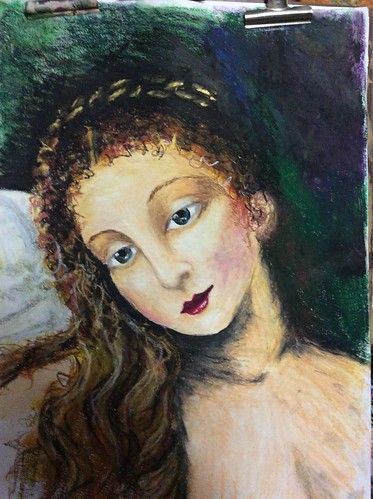 This one was done freehand with oil pastels, just cheap ones.  even though it looks nothing like the original, I was quite pleased with most of it. 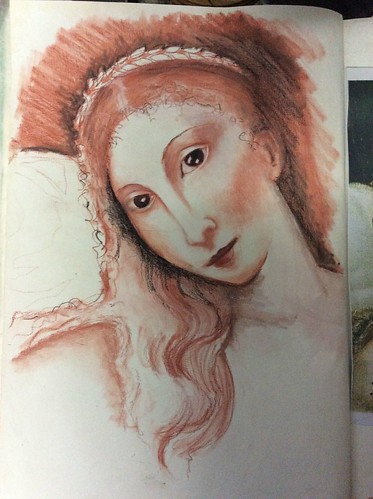 This one was done with depia, black and white charcoal and a little bit of gesso.  A skinnier version :-)
Next I did two five minute sketches, which I used as templates.

I free motion stitched them onto two fabric collages.  These are the backs

On the front of the simple line one, I painted one a little. 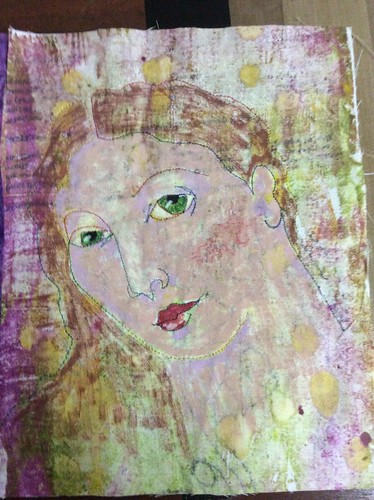 The more complicated one I left as is. 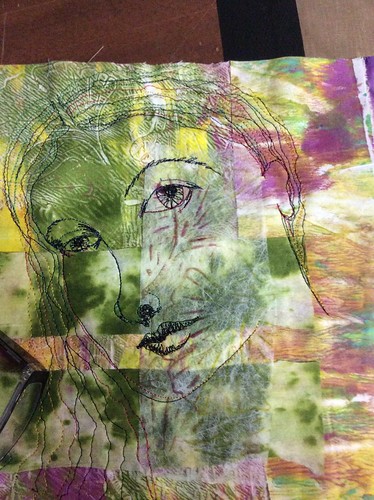 I still have three more painted versions of this face which are partly finished and will post in a day or three.
These are two quick faces I did with jane davenport's stencils in a tiny weeny tiffany advertisement book that came with a vogue magazine. 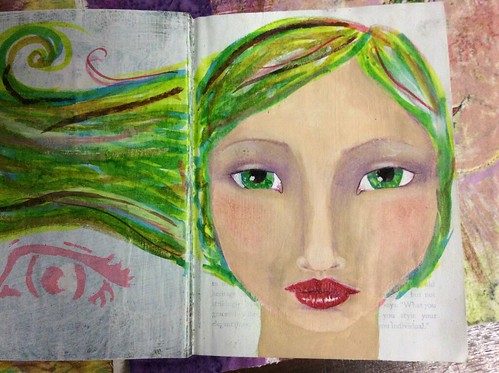 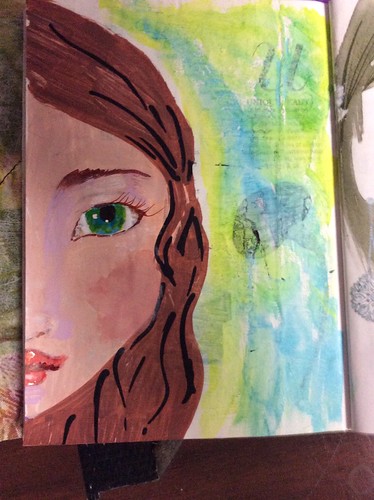 This last one is only half a face, but I like it.  I think it counts!