A bit of paint

I felt like painting the other day, but had no Idea what to paint.  You know we all suffer from that sometimes.  So instead of dithering, I just slapped some paint on a canvas. 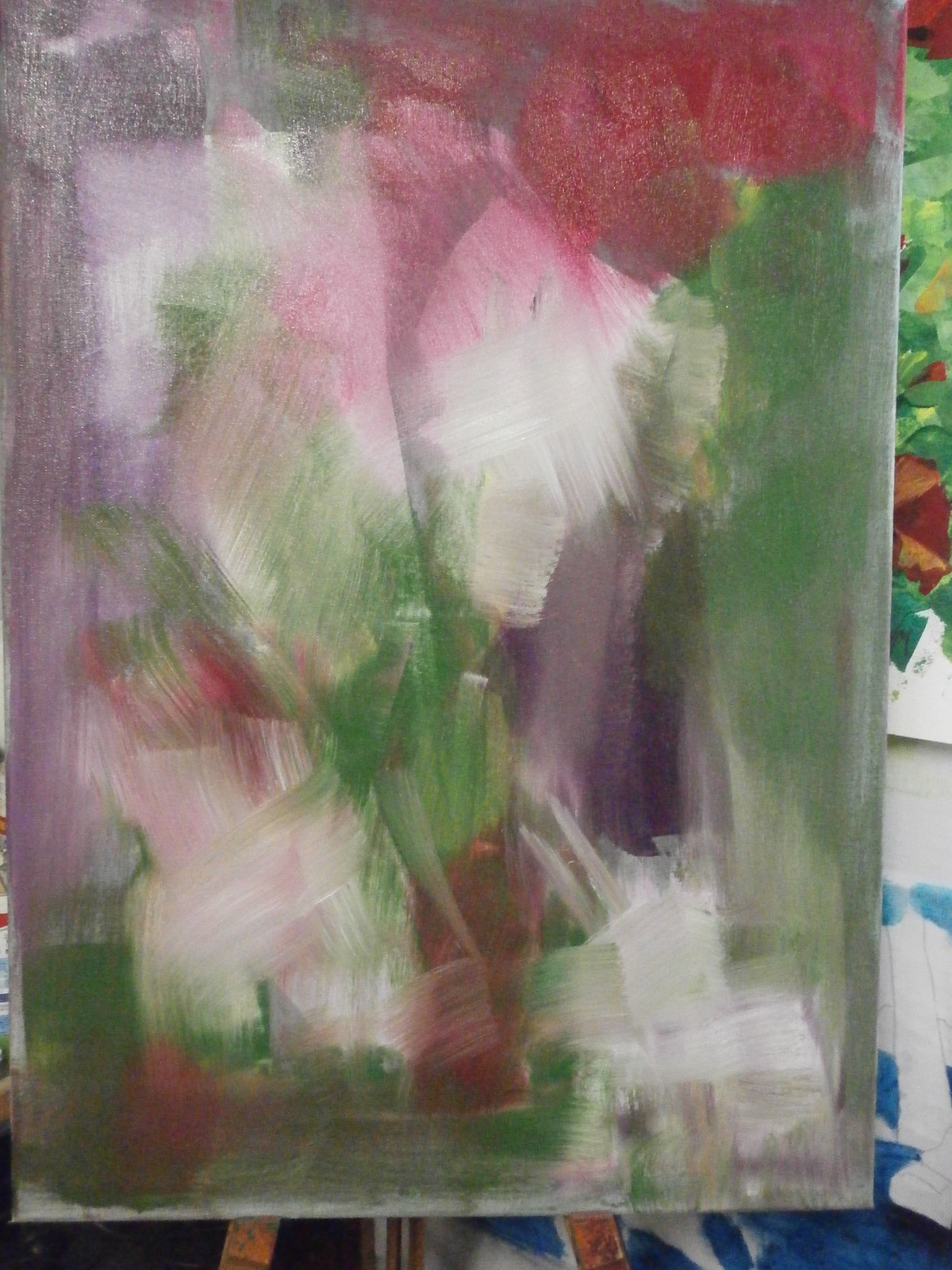 This was my first layer.  Still no idea. 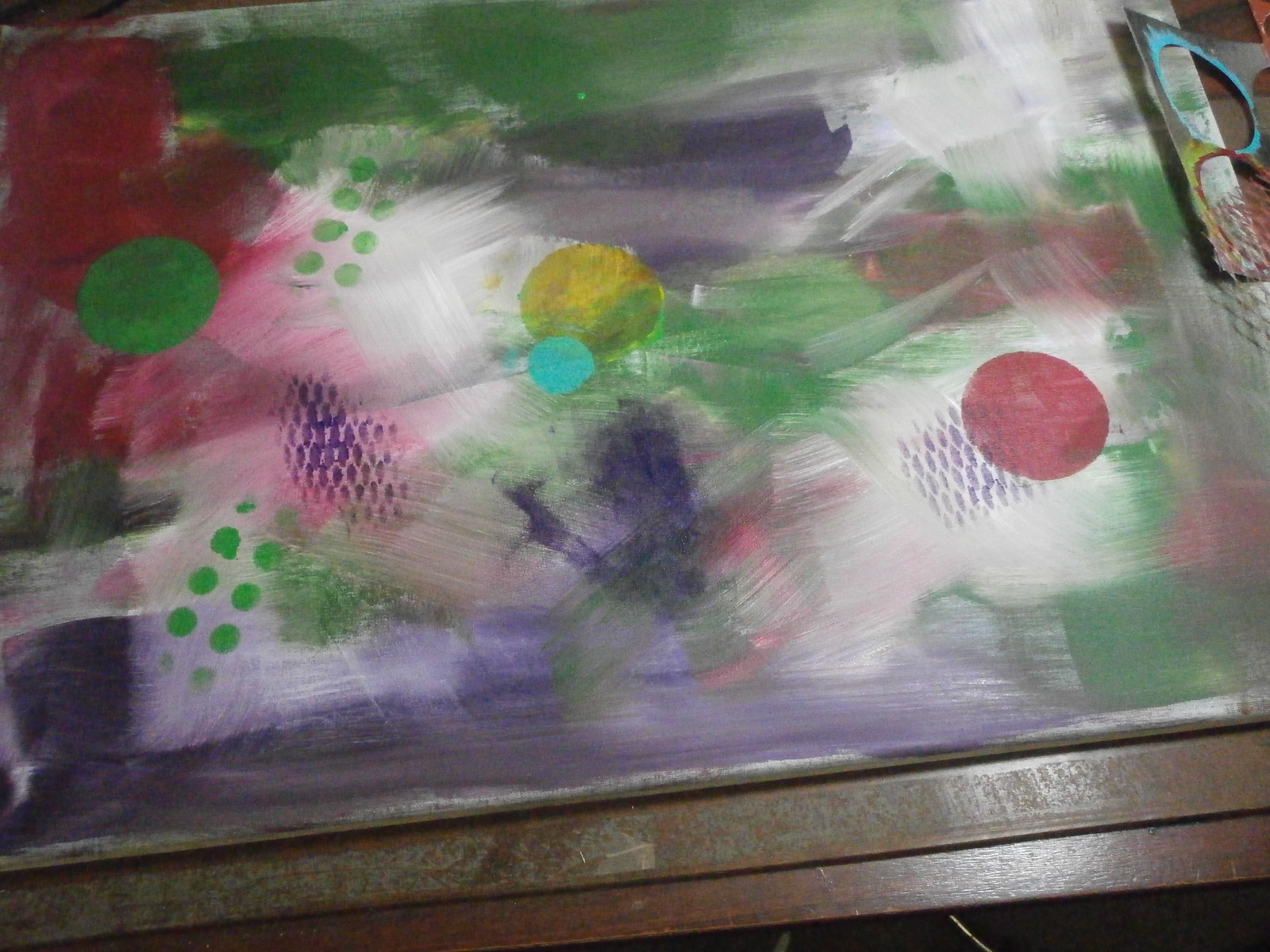 I added some stencilling.  Still no idea 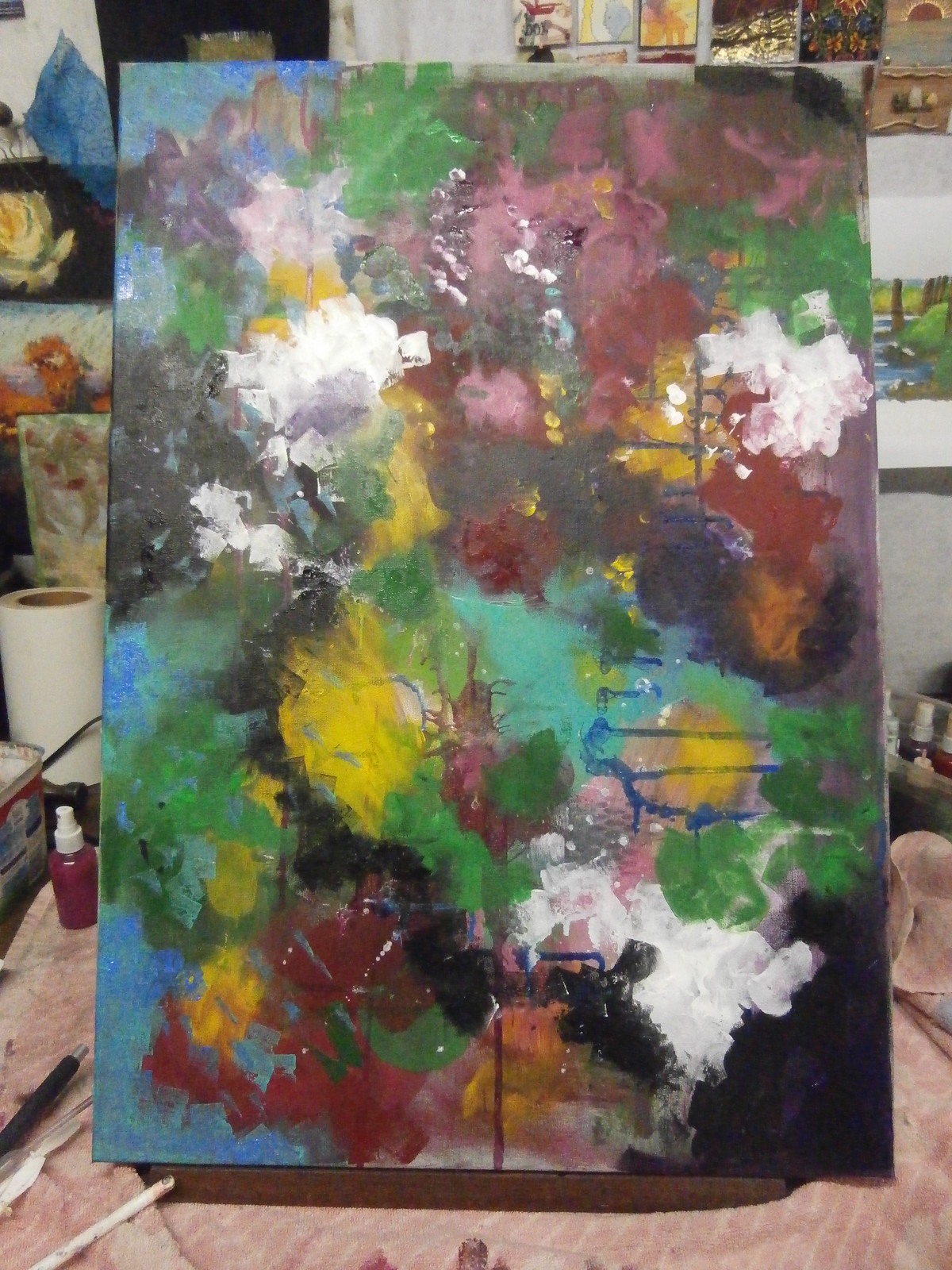 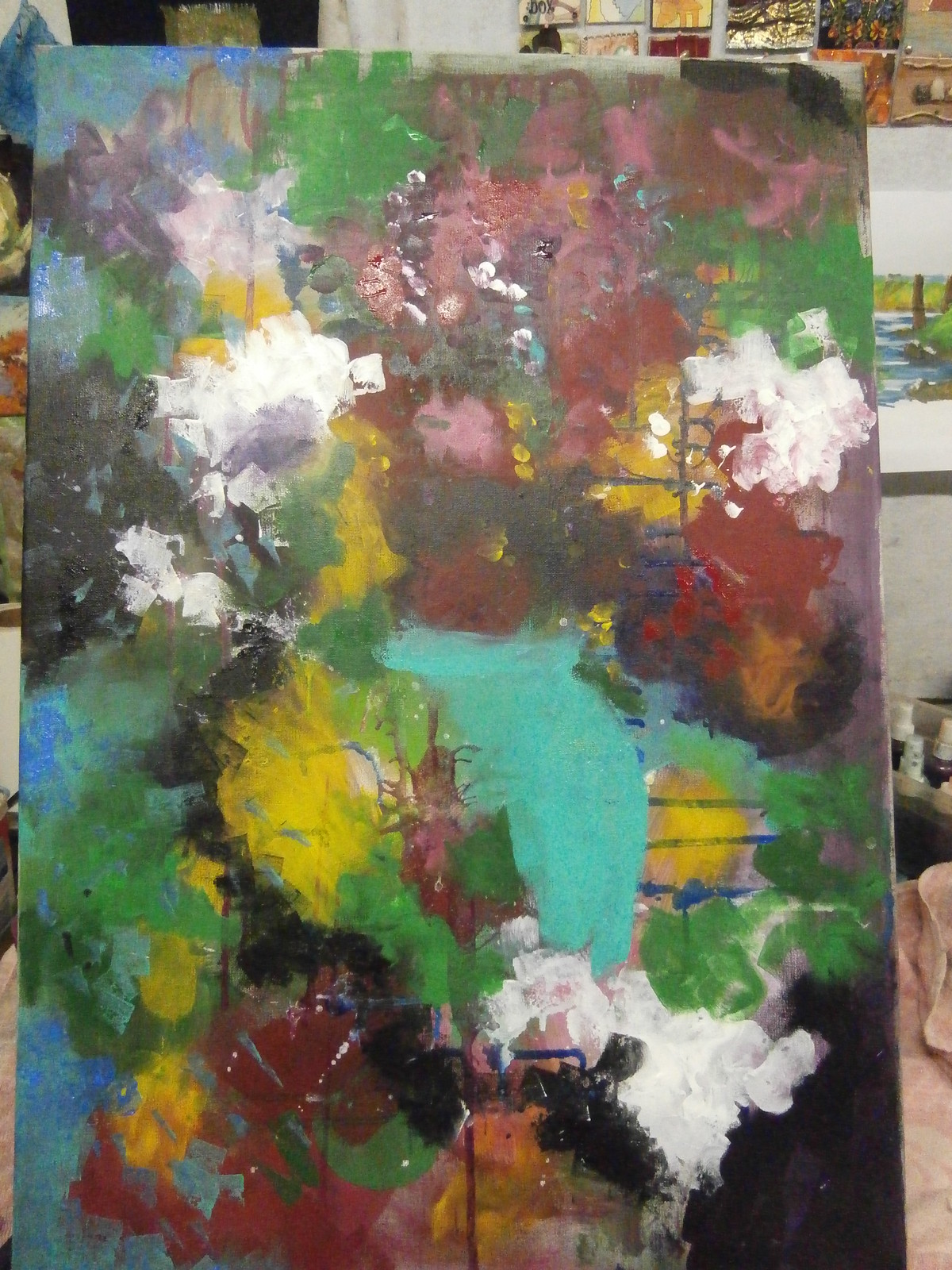 I saw a blue pot, so I painted that in. 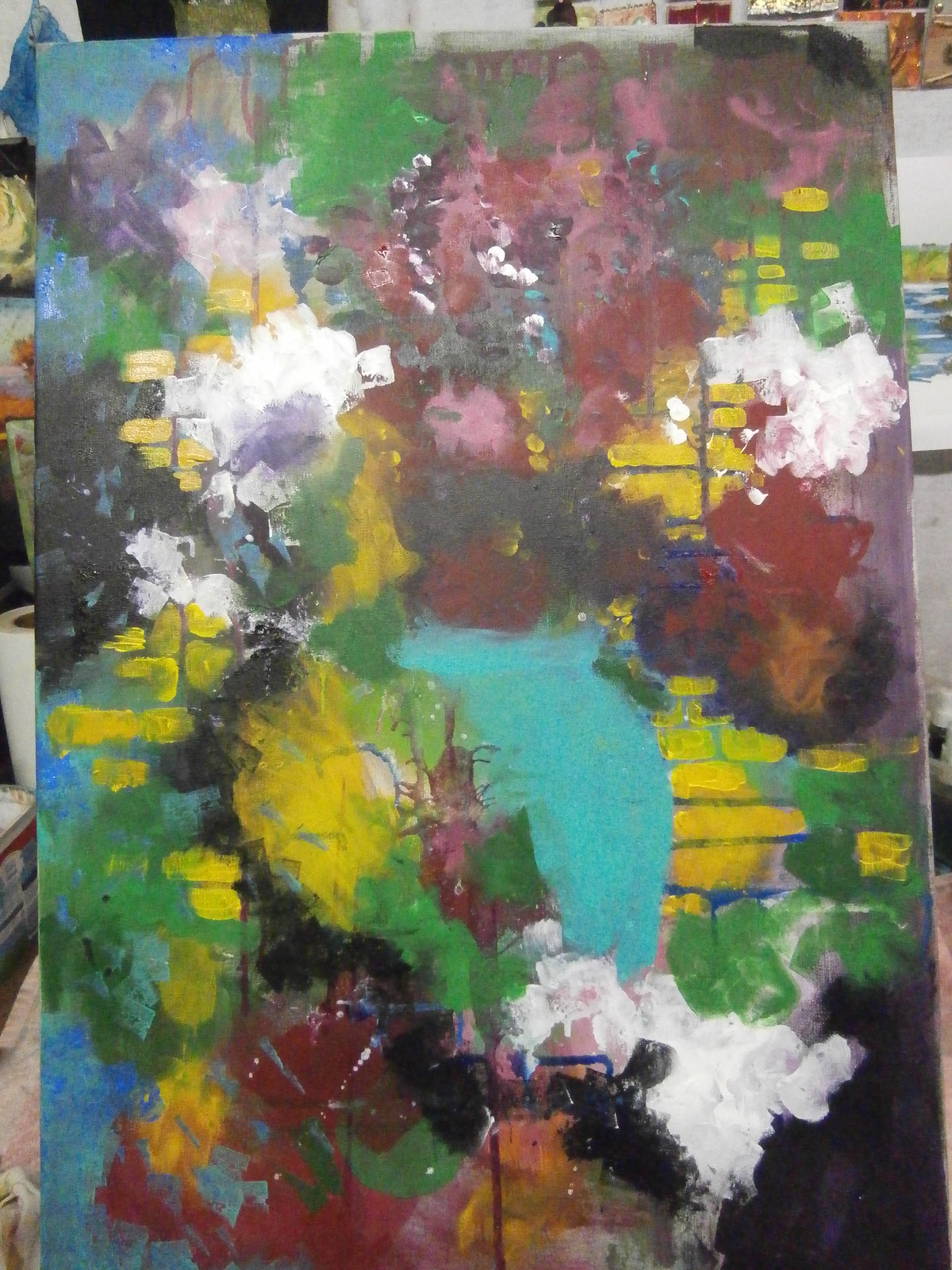 The dribbles from previously made some yellow bricks, so I painted them in. 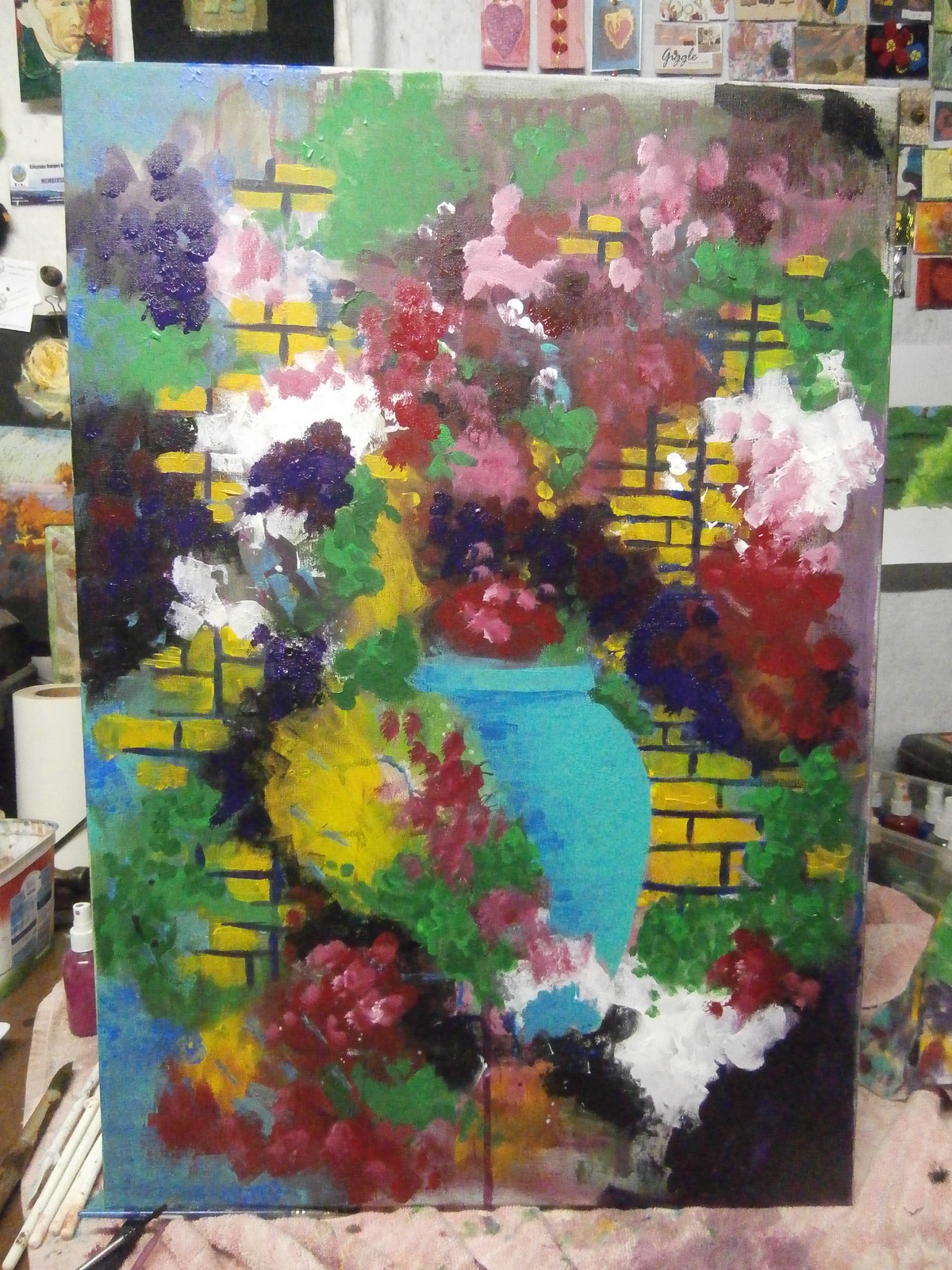 A bit more work on the bricks, and the pot. 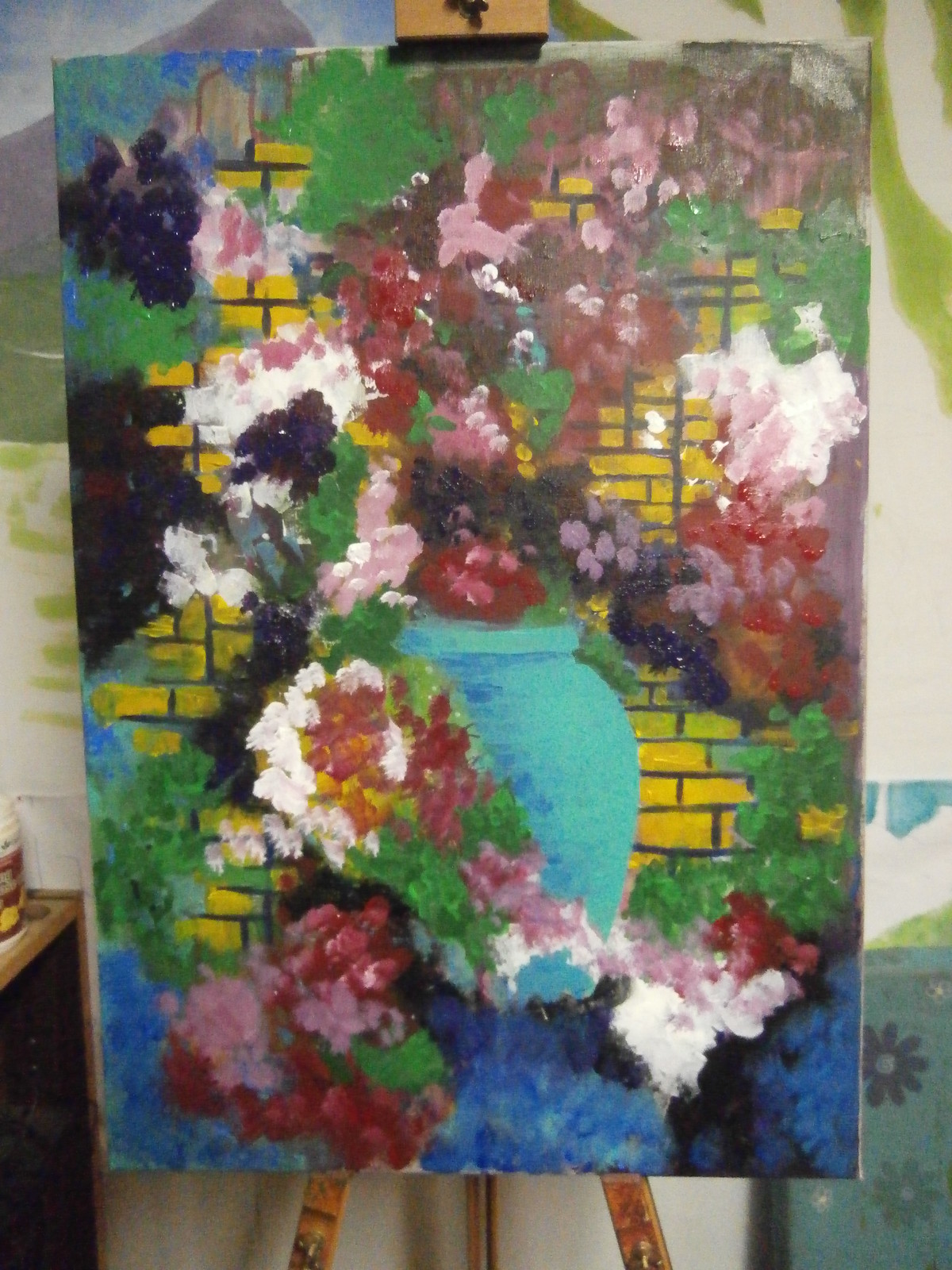 I got rid of the yellow blob on the left of the pot and put some foreground in.
And that's where I am at, but now I have an idea.  Geraniums, perhaps, and I think an orange red glaze over the bricks.
But As usual, I will let it sit for a while before I finish it.
It's amazing where ideas come from.
Picasso said "Inspiration exists, but it has to find you working"  It is one of my favourite quotes, because it is so true.