Well, this project is finally finished with this post.  Sorry it has taken so long.
Today I am just going to show you how I put it together for display. 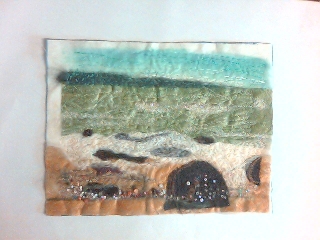 Here I have squared up the finished piece at least 1/2 an inch from the beads on all sides.
You will need: 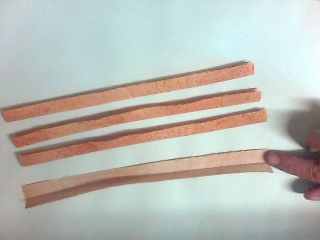 Four 1 inch wide strips of fabric for the peeper border.  I have cut these large enough for the long side (width) plus an inch. The strips are pressed wrong sides together along the length. 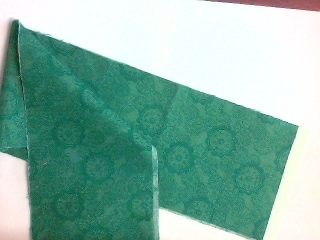 Fabric strips for the border.  I have cut my strips less than half the width of the main piece. 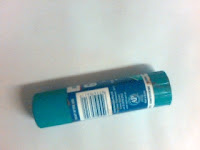 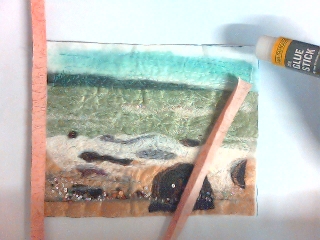 Begin by placing the peeper strips with the fold towards the artwork.  Use the glue stick to temporarily keep them in place.  The cut edges should line up with the squared up edges of the piece. 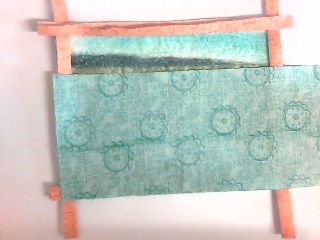 When you have all four peeper borders secured down, Place the first border fabric, face down, lined up along the squared edge as previously.  Secure both the peeper and the outer border with a 1/4 inch seam. 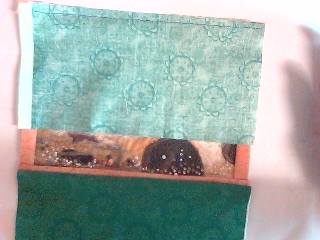 The top piece is secured with a 1/4 inch seam as detailed previously.  When both top and bottom outer borders are secured, press them open as shown above on the bottom piece. 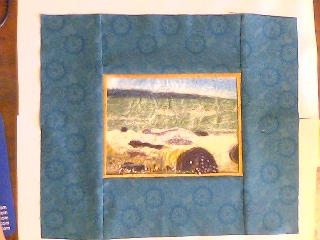 Here, all four borders are attached and the peeper is visible.  Press. 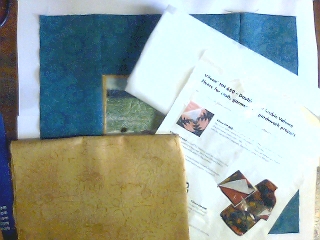 For the next step you need:
Your top
Backing fabric
Double sided volume vilene (batting that is fusible on both sides.  If you can't get this, you can create your own with some light fusible and batting) 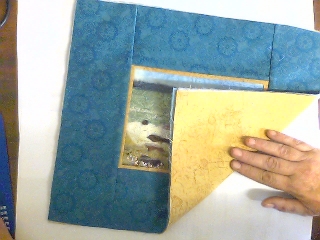 Simply press the backing and top to either side of the batting and everything is stable.
To finish, you can add binding in the usual way, however I did a simple zig zag over the edge in monofilament and followed that with two lines of couched thread, using the same thread and zig zag. 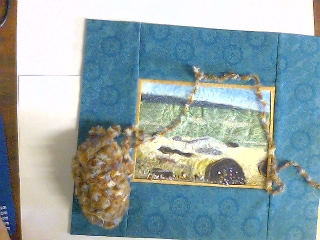 The yarn I used was a fluffy wool which had many of the beach colours in it. 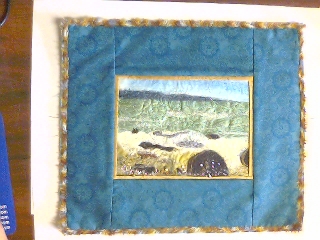 And voila! A finshed piece in under half an hour.